On December 3, CCCA Financial Industry Committee successfully held the “2019 CCCA Financial Institution Event” in Sydney. This forum is exclusively sponsored by the Bank of China, and aims to actively promote investment and financial cooperation between China and Australia, strengthen communication, promote mutual trust, and explore opportunities and challenges in the field of industrial investment and financial cooperation, thereby further strengthening the China-Australia consensus and promoting bilateral cooperation.

Mr. Huang Rengang, the Minister Counsellor for Economic and Commercial Affairs of the Chinese Embassy in Australia, Mr Sun Yu, Deputy General Manager of Bank of China, The Hon. Anna Bligh AC, former Premier of Queensland and CEO of the Australian Banking Association, Mr Jin Yangtong, the chairman of the Financial Industry Committee of CCCA and General Manager of China Construction Bank Sydney, delivered speeches. Mr. Bill Evans, chief economist of Westpac Bank, and Prof. Song Ligang, chief economist of Bank of China Sydney Branch, respectively, forecasted the economic prospects and market opportunities of Australia and China in 2020. Counselor Wang Hongbo from the Economic and Commercial Section of the Consulate-General of the People’s Republic of China in Sydney attended the forum.

Counsellor Huang Rengang pointed out in his speech that China attaches importance to developing economic and trade relations with Australia, and China has been Australia’s largest trading partner for the past ten years. China’s economic growth will also continue to provide more opportunities for bilateral mutually beneficial cooperation. He stated that, as President Xi Jinping emphasized in the keynote speech of the opening ceremony of the Second China International Import Expo, China will take new measures to promote higher levels of opening up, including measures to welcome more foreign investment in the financial sector. China’s achievements in economic development must thank Australia for its active participation and contribution. Over the past four decades since the reform and open, Chinese financial institutions have made tremendous progress, and their international influence and position have been significantly improved. This is a manifestation of the superiority of the socialist system with Chinese characteristics. Adhering to and improving the socialist system with Chinese characteristics, and advancing the modernization of national governance systems and capabilities will further promote the healthy development of the Chinese market and open up broader prospects for bilateral economic and trade cooperation between China and Australia. Finally, Mr. Huang expressed congratulations on the successful establishment of the Financial Institutions Event of  CCCA on behalf of the Embassy in Australia. 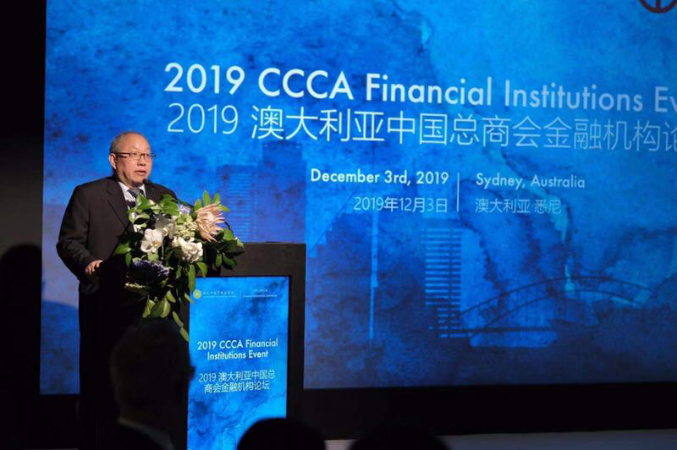 Mr. Huang Rengang, the Minister Counsellor for Economic and Commercial Affairs of the Chinese Embassy in Australia

Mr Sun Yu, Deputy General Manager of Bank of China, said that the global political and economic situation has undergone profound changes in the past ten months, and global financial institutions have faced many challenges, mainly due to the general trend of low global economic growth, long-term low interest rates and even negative interest rates environment, frequent fluctuations in financial markets and a highly uncertain global order. He also pointed out that the trend change of the world economy may bring unprecedented business opportunities, such as the Asia-Pacific region becoming increasingly the focus of the financial business layout, a new round of technological revolution to reshape the financial industry. China’s expanding financial opening to the world will benefit the world. China’s increased resilience provides protection for the long-term development of the financial industry. Finally, Mr Sun Yu emphasized that Bank of China will give full play to its advantages of internationalization and diversification, support Chinese enterprises to “go out”, serve local customers in Australia, and would like to work with Australian counterparties to seize opportunities, meet new challenges, achieve mutual benefit and win-win results, and better serve China-Australia economic and trade cooperation. 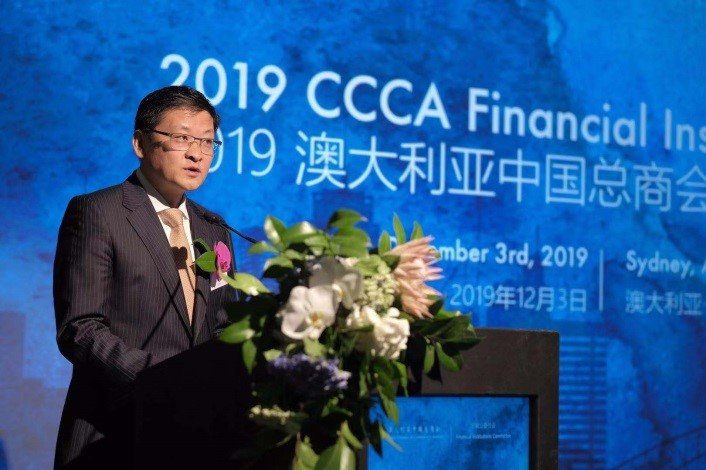 The Hon. Anna Bligh AC said in her speech that it is very important to strengthen the economic and trade relations between China and Australia and enhance mutual trust and exchanges between the enterprises of the two countries. China is Australia’s largest trading partner. 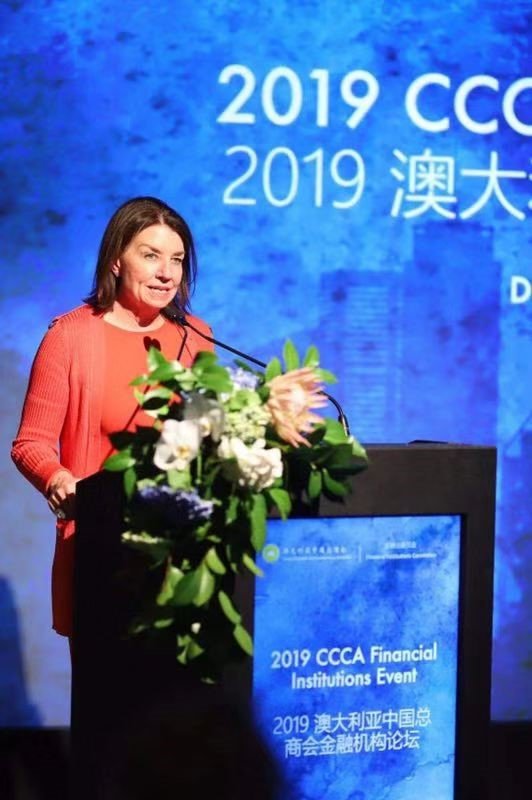 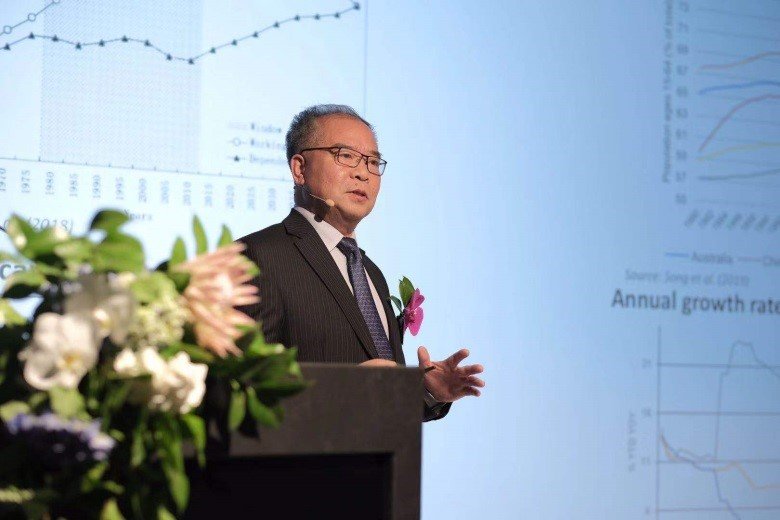 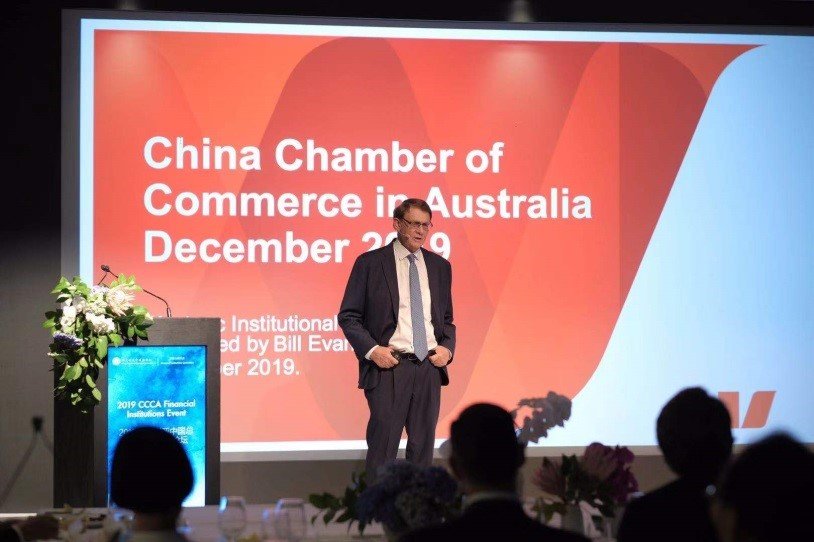 During the event, the Financial Industry Committee of CCCA donated $ 10,000 to the Australian Red Cross to help people affected by the bush fires in New South Wales. 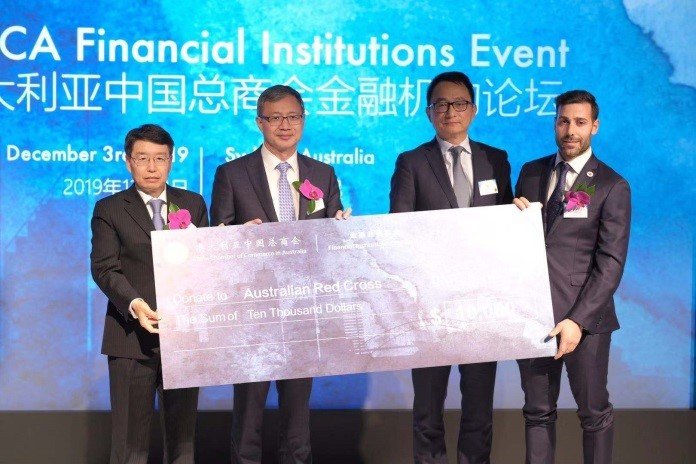 More than 170 guests including Chinese and Australian government officials, represetatives from Chinese banks in Australia, foreign banks and large local financial institutions in Australia and  scholars attended the forum.